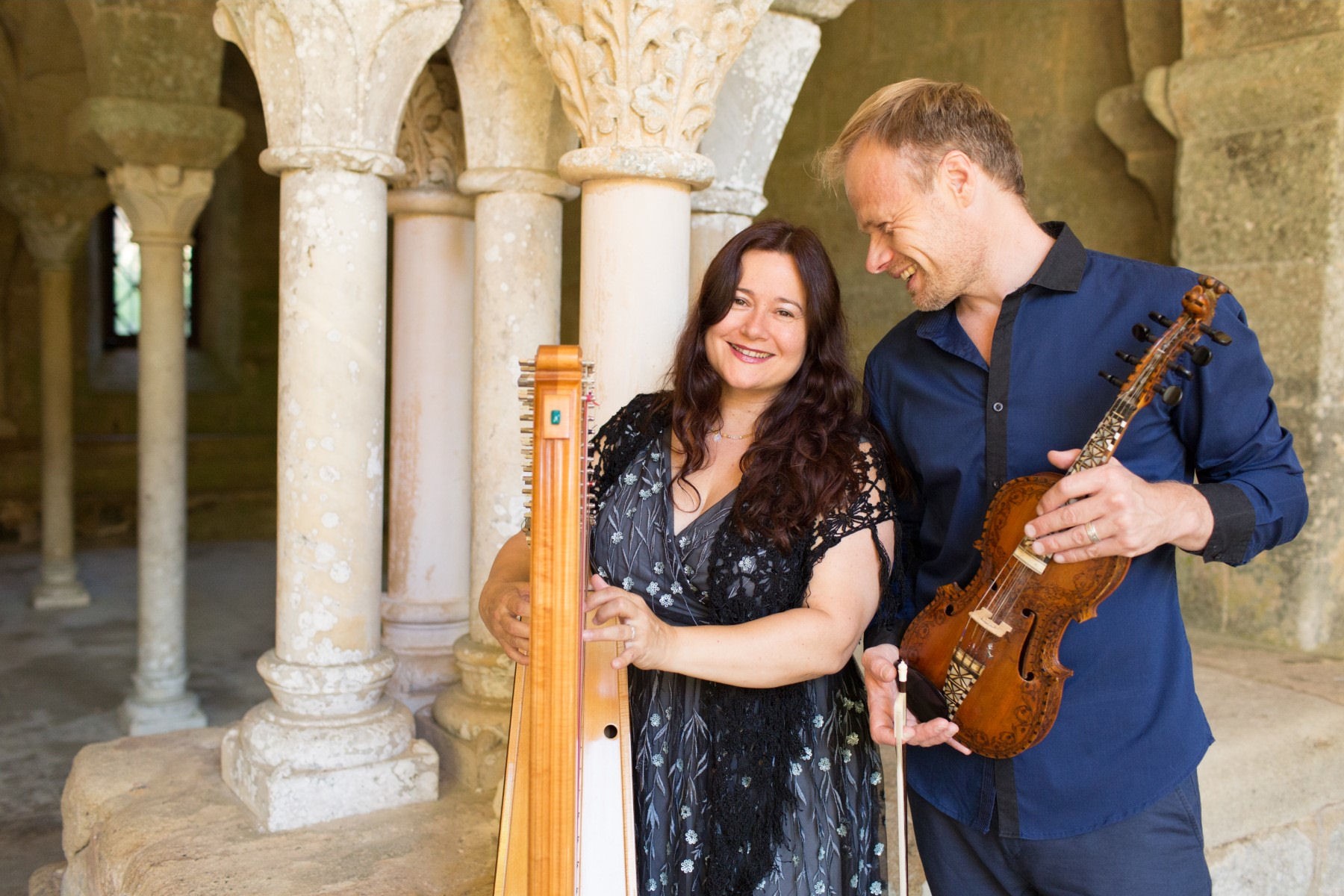 Arianna Savall i Figueras is a Swiss-born Catalan classical singer, harpist and composer. She sings in Catalan, French, English, Spanish, Portuguese and other languages of the world.
Savall is the daughter of composer and viol player Jordi Savall and the late singer Montserrat Figueras, and the sister of Ferran Savall. She studied voice at the Conservatory of Terrassa with María Dolores Aldea in 1993. She graduated in harp from the Conservatory of Terrassa, Spain, in 1996, and obtained a degree in voice in 2000.

In 2009, Arianna Savall and the Norwegian musician Petter Udland Johansen founded the group Hirundo Maris, specialising in early music from the Middle Ages to the Baroque, as well as their own compositions and early fusion. Their creative core is Mediterranean and Nordic music, the fruit of their extensive musical partnership. Like a migratory bird, they retrace the routes across seas and music that have linked Scandinavia with the Iberian Peninsula since time immemorial.

“Their ensemble splices elements of Nordic and Mediterranean tradition into a drifting, formal but ballasted slow dance. Gorgeous.”
Nick Coleman - The Guardian